Love Is A Radical New Thing 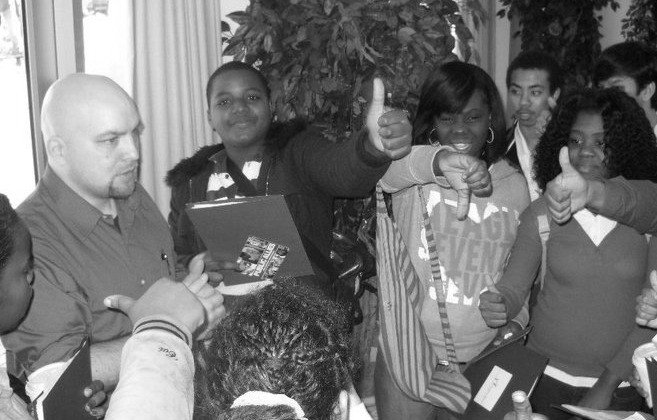 Staring at our phones is just the beginning. Wagging our fingers, scowling at the world and isolating ourselves are symptoms. Seeing our lack of humility, facing the challenge of vulnerability, and harnessing the power of love are solutions. This article is about the crisis of self-disconnection in the world today, and how to overcome that crisis by acknowledging, enriching and empowering the connections we already have in our lives.

Despite the well-meaning teachers, community leaders and writers trying to teach us, people believe they're doing all this alone more than ever before. Almost all of us are afflicted by this, too. Whether we're burned out suburban parents or aspiring entrepreneurs, social media pushes us to post vain selfies, push arrogant self-promotion and cultivate images of narcissistic glory. This is afflicting old people, young people and everyone in between.

I don't think anyone wakes up in the morning wishing they were more self-centered. Sure, we learn to take care of ourselves and remove unnecessary drama from our lives, but that doesn't make us oblivious to the needs of those around us and beyond.

Somewhere along the way though, people can become manipulative, unconsciously forcing their friends, family and coworkers to do their bidding, become their minions, and fulfill their demands with no intention of supporting others, building community or lifting those without power or ability.

Forcibly demanding others bend to our will, conniving to change others' thinking without their investment, and alienating those who care for us can separate us from the people who care the most about us.

RELYING ON THE POWER OF LOVE

A year before he was assassinated, Dr. King gave a speech called “A Time To Break The Silence,” in which he said,

Dr. King was killed because he saw the power of love for what it is: An infinitely accessible, directly effective and wholly powerful instrument to fight arrogance, conceit and ignorance. At the same time he was determining this, there was a contradictory force rising in the garage of a young inventor in suburban Washington state. A machine meant to harness the capability of individuals and built on the premise that each man is an island unto his own, the personal computer became one of the most isolating forces humankind ever faced.

Through the decades afterwards, technology became more and more alienating and separating, but not without the veneer of interconnectedness. Relying on the internet as a worldwide superhighway for knowledge, ideas and opinions, computers have become smaller and faster, further allowing and encouraging individuals to believe they're acting in a vacuum without obligations to others. To be clear, personal computers and the Internet did not create narcissism; however, they've exacerbated it beyond the wildest imagination.

“Everywhere we learn that love is important, and yet we are bombarded by its failure….This bleak picture in no way alters the nature of our longing. We still hope that love will prevail. We still believe in love’s promise.”—bell hooks in All About Love: New Visions

We can rectify this challenge. It will not be an easy or simple fix, but it's tangible and present. The answer has been present for millennia, and even though its under-credited, history shows it repeatedly. In his 1855 book called Where Love Is, God Is, Leo Tolstoy showed us the basis for this understanding when he wrote, "Love is life. All, everything that I understand, I understand only because I love. Everything is, everything exists, only because I love."

Through the wisdom of Dr. King, as well as many others like bell hooks, Angela Davis, Mahatma Gandhi, and Caesar Chavez, we can begin to craft approaches to love as a tool, a possibility and a gift for transforming the world we live in. Love is the single greatest resource we have, and moving from seeing it as a poetic plaything towards enacting it as a passionate, powerful weapon will help us actualize the reality that another world is possible.

We each have to rely on the power of love to overcome the arrogance, conceit and narcissism trying to overwhelm our hearts and our communities. This requires that we move love into action.

In 2017, Senator Corey Booker shared powerful words on Twitter when he wrote,

“Love is not a being word, it is an action word... When you see hate out there, understand that the challenge will never be the hate of some, but the silence, indifference and apathy of the many.”

Throughout my career, I have sought and struggled to harness my own commitment to putting love into action. Living in a patriarchal society that emphasizes machismo over vulnerability and highlights individuality over interdependence, my work has been chagrined for being too compromising, too sensitive and too aware.

I have learned from the words I've shared here as well as others, and I've learned the following lessons for putting love into action.

These lessons are not a road to happiness; they are a call to love. Even though those two words are not synonymous, they aren't far apart. Moving love into action is a brave, ridiculous, essential thing that we all must do if we're going to change the condition of the world we're in today.

In her 2012 book Tiny Beautiful Things: Advice on Love and Life from Dear Sugar,Cheryl Strayed wrote, “You will learn a lot about yourself if you stretch in the direction of goodness, of bigness, of kindness, of forgiveness, of emotional bravery. Be a warrior for love.” Love is not really a radical new thing, but if that's how we must see it to become warriors for love, then let's see it that way.

We need to become nothing less.

Adam Fletcher is a consultant, speaker and writer in Olympia, Washington. Learn more about him.

Is Self-Organizing a Better Way?
What Is Your Youth?
Love Is A Radical New Thing
Convening as Leadership | CoResolve Leadership Program | January 16 & 17, 2020
Come Down Off Your Ladder!
Redefining Power - Athena’s Purpose in the World
Delight in Complex Systems
Unintended Consequences
Leading Teams Past Dysfunction and Conflict to Success
Turning Conflict into Creative Engagement
To Be of Use: Mask Making for the Pandemic
Going Back to Normal is Not an Option
The Importance of Social Capital
The Athena Group's Social Capital Assessment
Athena Receives "Best for Colorado" Award 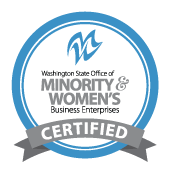